I'm going to be sending my computer out to be fixed, so IDK how much I'll be online the next couple of weeks. 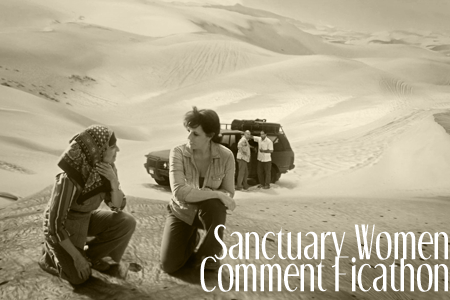 + Post prompts! Prompt format is Character(s)/ship; prompt; one prompt per comment, and prompts should be focused on a female character. (Gen, het, femslash, and threesome/moresomes are fine.)
+ Answer prompts! Please include the title and rating in the subject line, and try to warn for stuff like character death, etc (anything that you think might need a warning) in the subject line too. (More than one person can answer the same prompt.)
+ Leave feedback and have fun! ♥ 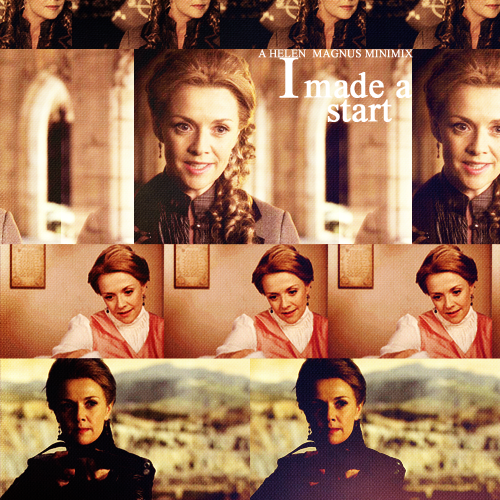 First off - I'm offering Christmas presents to anyone on my flist in this post, so if you'd like anything (a drabble or 2 icons, though there's no guarantee if you ask for icons that you won't get a drabble or vice versa), feel free to ask there!

This is the media post I mentioned earlier, so there are spoilers for Sanctuary, Fringe, Harry Potter (do those even count as spoilers anymore though?), Terminator: The Sarah Connor Chronicles, Hawthorne, Doctor Who, Merlin, The Vampire Diaries, and Community in this post.

And apparently Sanctuary has been renewed for a fourth season (oh Tumblr, you are so hyper about news it is adorbs). THIS IS NOT SURPRISING, especially since this show has probably the most viewers out of Syfy's shows. IDK, I just . . . do not really care? Eh.

Also if anyone read all of this, I AM AMAZED.

Hi, dear Yuletide writer! Thank you so much for writing me something, and I am really looking forward to reading whatever you come up with.